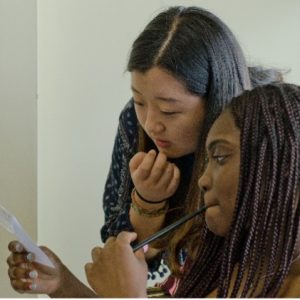 Ka Youn Yoo has donated a set of film scores to the ABYSO. Ka Youn completed a summer programme in 2019  where she composed music based on film scenes and has chosen to share some of these compositions with the ABYSO. Speaking of her donation to the ABYSO, Ka Youn said, “I have recently been composing music based on film scenes and thought it would be a nice idea to dedicate some of my film compositions to ABYSO for them to be able to practice with new pieces and work on different musical genres”.

The donated pieces include Memories to the Past (An overture for the film music project), LION Train Scene, Polar Express Ticket Scene and Harry Potter Battle Scene.

Ka Youn first visited Antigua and Barbuda as a first study composer in 2019 as part of The Commonwealth Resounds, Royal Over-Seas League and Purcell School cultural exchange visit.  Since then she has maintained a close relationship with the ABYSO assisting with arranging music for the Orchestra.