Governor General of Antigua and Barbuda, His Excellency Sir Rodney Williams, Patron of the ABYSO, visited the music workshops being held at the Sir Vivian Richards Cricket Stadium. The workshops are being facilitated by musicians and composers from The Commonwealth Resounds, the Royal Over-seas League, the Purcell School for Young Musicians and the Wells Cathedral School with the ABYSO.

Sir Rodney is a keen jazz enthusiast and pianist and used the opportunity to have a master class with Purcell jazz student, Cody Moss. Cody was delighted to share his skills with the Governor General and His Excellency was a model student.

The workshops will continue until Sunday 14th July at which time they will culminate with a grand concert to celebrate the Commonwealth at 70 at the Dean William Lake Centre. 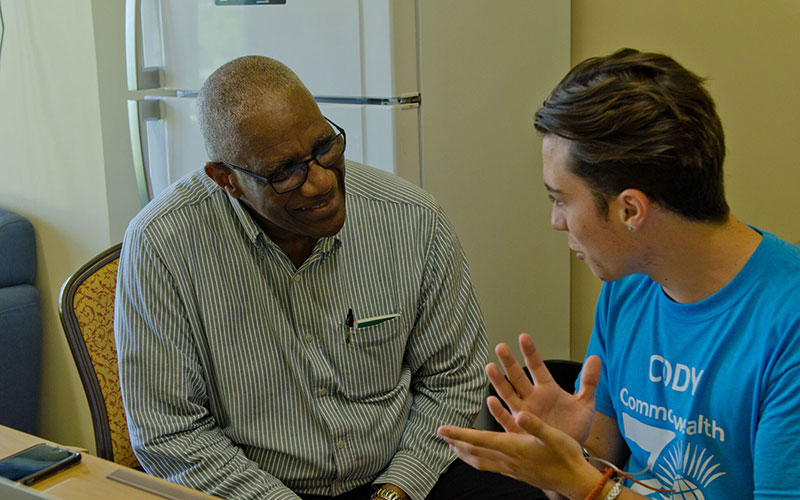 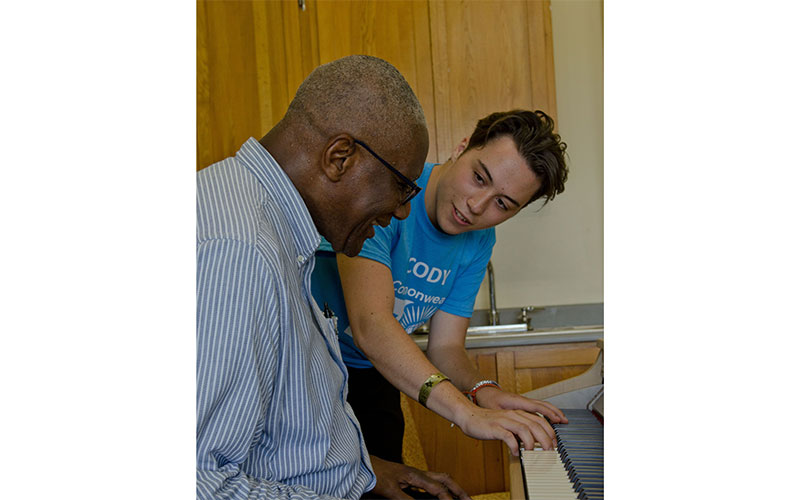