The ABYSO was treated to the amazing opportunity to play alongside concert pianist Irmina Trynkos who is currently in Antigua enjoying the sights and sound of the Island. Irmina was accompanied by the Orchestra in Massenet’s Meditation from “Thais”. The violins of the ABYSO can also look forward to a series of masterclasses with Irmina.

Irmina has just been hailed by BBC Music Magazine “an intense and charismatic new star” and “a phenomenal talent”. The Gramophone calls her simply “excellent”. The Strad Magazine calls her “an agile and expressive soloist (…whose) poise never falters and matches her sense of power and conviction”.

Since her breakthrough performance conducted by Neeme Järvi, Irmina’s highlights include performances at the Berliner Philharmonie, Slovak Philharmonic, Cadogan Hall, Wigmore Hall, Queen Elizabeth Hall, Toronto Centre for Arts, Shanghai Concert Hall and most recently the debut at the Concertgebouw in Amsterdam which received no less than 6 standing ovations.

Her debut CD with the Royal Philharmonic Orchestra became NAXOS’ best-seller and reached the Top 20 Specialist Classical Charts. Luxembourg’s Pizzicato awarded Irmina with its coveted Supersonic Award, calling her interpretation “engaging and eloquent”. As Fanfare reveals, “musical intelligence and emotional depth are hallmarks of Trynkos” and it is her curiosity that was the leading force behind the Waghalter Project and subsequently her debut CD with all of Ignatz Waghalter’s premiere violin works.

Following this success, Irmina was invited to give an extensive tour of China which included debuts at Shanghai Oriental Art Centre, Chongqing Guotai Arts Centre and Guangzhou Opera House.

Her recordings are broadcasted on international radios including BBC3, Radio 4 Netherlands, Kol Ha Musica, Polish Radio 2, Concertzender, KulturRadio, Radio New Zealand and more. Most recently Jewish Renaissance Magazine made Irmina “Artist of the Year” and she was featured on BBC Xtra, where she was interviewed and played live to an audience of more than 36 million worldwide.

“Irmina is a very natural performer, always giving her outmost and impressing the audience with her interpretation, warmth and sensitivity. She loves being on the stage, which comes through in her playing and communication with the listeners” says acclaimed violinist Lydia Mordkovitch. Irmina’s Greek-Polish background, leaving bravely home at an early age and her troubled youth have made her an unrivalled communicator and champion of classical music to the young and to new audiences.

Irmina is a strong advocate of reviving unknown violin compositions and working with living composers. Most recently she has premiered Nimrod Borenstein’s “Sonata Concertante” which is dedicated to her and will be included on her next CD recording. Irmina plays on Jakob Stainer Violin from 1670. 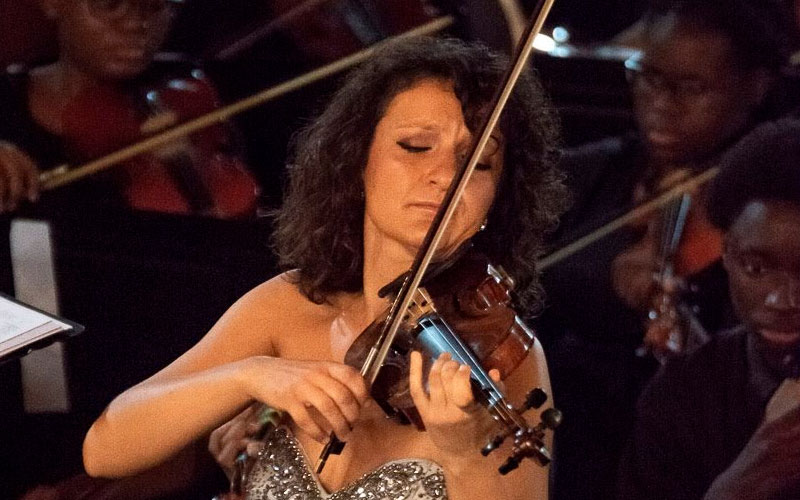 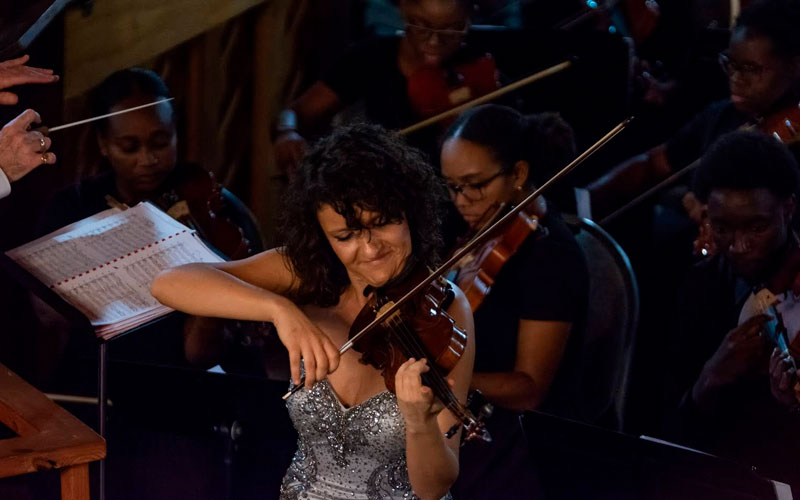