The ABYSO is pleased to launch an annual lecture series dedicated to the subject of music education, performance and value. The lectures will remember the life of celebrated Antiguan music teacher and advocate for the rights of senior citizens, Phyllis Joshua- Jeremiah.

Phyllis was born in Seatons Village in Antigua on 10th February 1913. She studied the piano and organ and became one of Antigua’s better known organists and piano teachers. She served as organist at the St. Boniface, St. Lucy and St. Luke Anglican Churches.

Her achievements extended beyond music. She was a founding member of the Visitation Committees for Her Majesty’s Prison, Fiennes Institute and the Mental Hospital. She was also a regular Worker’s Voice Newspaper columnist writing articles which mainly championed the rights of senior citizens. Phyllis was a founding member of the Pensioners Association. In 1988 she was awarded the National Silver Award of Merit. She died in April 1994.

The inaugural lecture was given by Professor John Sloboda. He explored the topic why do some young people succeed in reaching high levels of music performance skill and others do not. Professor Sloboda noted that various explanations have been put forward on this, including the notion that some children are just more genetically talented than others.  His research and that of his colleagues have challenged this view, arguing that genetic differences cannot account for very much. Their research has suggested that excellence can be reached by most people given the right conditions.  These conditions include motivational incentives, very regular practice, parental support, and strong teacher-pupil relationships. Above all, musical learning needs to build on, and continually nurture, love for music and its emotional power.

Professor Sloboda is Research Professor at the Guildhall School. He is also Emeritus Professor at Keele and was a staff member of the School of Psychology at Keele from 1974 to 2008, where he was Director of its Unit for the Study of Musical Skill and Development, founded in 1991. He is internationally known for his work on the psychology of music. He is a Fellow of the British Psychological Society and has been President of both the Psychology and General Sections of the British Association for the Advancement of Science, as well as President of the European Society for the Cognitive Sciences of Music. He was the recipient of the 1998 British Psychological Society’s Presidents Award for Distinguished Contributions to Psychological Knowledge, and in 2004 he was elected to Fellowship of the British Academy. At present he is the first and only Fellow working in the UK conservatoire sector. In 2018, he was awarded an OBE for his services to psychology and music.

Professor Sloboda donated a copy of his book Exploring the Musical Mind, published by Oxford University Press, to the Public Library of Antigua and Barbuda. The Director of the Public Library, Ryllis Mannix, accepted the book. 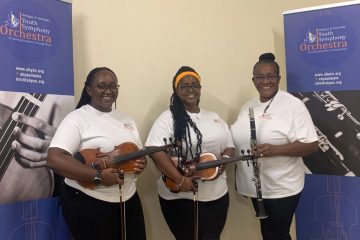 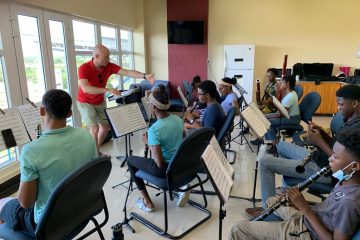